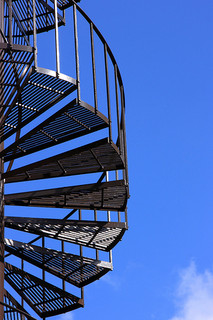 After experiencing two (and a half) dramatic booms and busts in the property markets, plus the most recent Covid-caused crash, Paul has an abiding curiosity into what causes the lemming-like behaviour of the market and its participants every 15-20 years. He has lectured extensively on the subject and is currently researching a book in this area.

Fortunes have been made and lost by those who time the cycle right – or misjudge it. But it’s no longer just a game of skill and judgement played by real estate entrepreneurs. Market cycles have been getting ever more volatile and the swings have become more damaging. The 1974 crash was largely a local UK affair, but in 2007/8 it was global. The failure of Lehman Bros Bank in September 2008, triggered by over-lending to sub-prime residential borrowers in the US, caused a collapse of confidence which had the global economic system teetering on the edge of collapse.

We might now look back and say we got away with it - but ever since, banks and their regulators have been insisting 'it cannot be allowed to happen again'.

But by 2015 another boom was gathering momentum and banks were back in the fray. Perhaps the efforts of the regulators, who were given bigger and sharper teeth in the wake of 2008, helped to moderate the boom but then, out of the blue, came Covid which seems to have changed commercial property markets more radically than any of the previous busts. What next……?