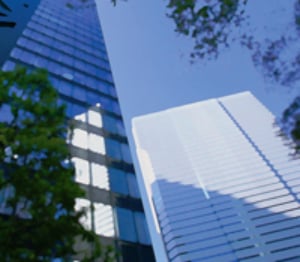 After reading geography at Oxford University, Paul qualified as a Chartered Surveyor in 1981 and worked for 20 years in professional real estate consultancy in the City of London, specialising in valuation and investment advice to the banking and financial services sector. Starting his career with

Dron & Wright, he was awarded the

BNP Paribas Real Estate), one of the UK’s leading firms of surveyors. In the 1990s he was head of Banking and Finance in the City of London office, specialising in providing appraisals and professional advice to bank lenders to the commercial real estate markets.

Paul was appointed Director of Studies at the

College of Estate Management in Reading in 2001. CEM is the oldest and largest specialist in real estate education with a worldwide reputation and student base. Paul’s position at the College encompassed both managerial, business development and teaching roles and included extensive travel worldwide.

He was Chief Executive of

NARA (the Association of Property and Fixed Charge Receivers) from 2009 – 15 and was Programme Director for the IPF/University of Cambridge (now Henley Business School) Diploma in Property Investment for six years. He is a consultant with Ian Bridge Consultancy in Oxford and a director of a property development company.

Fellowship of the RICS in 2005 and has been a

Fellow of the Royal Geographical Society since 1998. He was a member of the RICS UK Education Standards Board for 10 years. He authored RICS Guidance Notes on the Valuation of Data Centres and on the Use of Comparable Evidence in Property Valuation and recently completed a series of property Jurisdiction Guides for 17 countries and Red Book supplements for 6 European nations.

In his idler moments Paul walks (after completing the SW Coast Path, he is now circumnavigating Wales), travels to odd places, plays tennis and tinkers with (and occasionally races) old MGs.